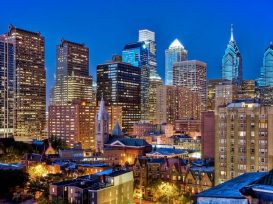 Philadelphia! The City of Brotherly Love known for its cheesesteaks and love for sports has been featured in the silver screen many times. Philly has a long cinematic history, just like the Eagles who were the only team to defeat Vince Lombardi and the Green Bay Packers in the playoffs. Leaving sports aside, Philly offers great locations for films to shoot including Market Street, the Philadelphia Museum of Art and Delancey Street. That is why, we decided to put together a list of the 7 best movies set in Philly. Find out which is the best movie set in Philly bellow. One of Eddie Murphy’s best movies is Trading Places. This movie set in Philly features a snobbish investor and a sharp street con-artist who due to a bet between two millionaires find their positions reversed. The film was shot in various Philly locations including Delancey Street, Rittenhouse Square and the Independence Hall. Furthermore, for those who want to see what happened to the Duke Brothers (the two millionaires) why not take a look at another Eddie Murphy film called Coming To America? Alright, this might not be one of the best movies set in Philly but it sure does deserve to make this list. Vince Papale, played by Mark Wahlberg, is a representative of Philadelphia. Papale made the Eagles team at age 30, deeming him the oldest Rookie in NFL history to play without college experience. This movie set in Philly features several filming locations including Pat’s Steaks (we’re hungry!) and Franklin Field.

In Blow Out, John Travolta plays Jack, a movie sound recordist who unknowingly records the evidence that a car accident was indeed murder and not an accident. Furthermore, Jack finds himself in grave danger. This movie set in Philly was shot in several locations all over Philadelphia, including Penn Square, Wissahickon Bridge and Macy’s Center City. Twelve Monkeys is a sci-fi thriller which is set in a futuristic world devastated by a disease. James Cole (played by Bruce Willis) is sent back in time to gather information about the disease that wiped out 5 billion people. Even though in the movie people are living underground, this movie shot in Philadelphia features various locations including the City Hall, Macy’s Center City and the Richmond Power Station. Brad Pitt won his only Golden Globe for his performance in Twelve Monkeys. Philadelphia follows Andrew Beckett (Tom Hanks), a man with HIV, who is fired by his firm due to his condition. Beckett then hires the only willing lawyer to defend him, a homophobic small time attorney named Joe Miller (Denzel Washington). The movie won two Academy Awards, one for the best actor in a leading role (Tom Hanks) and the other for best original song for The Boss’s Streets of Philadelphia. In addition, the film was shot in several locations such as the Philadelphia City Hall, the old Spectrum Sports Arena and the BNY Mellon Center. Silver Linings Playbook is a film that has a lot to do with Philadelphia. This movie set in Philly, follows Pat Solitano (Bradley Cooper), a former teacher who just got out of a short stint in a mental institution as he moves in with his parents and is trying to reconcile with his now former wife. Pat’s father, Pat Sr. (played by Robert De Niro) is a hardcore and superstitious Eagles fan. An interesting fact about this film is that Bradley Cooper is also a real life Eagles fan. When people think of Philly they think of Rocky. Sylvester Stalone’s silver screen writing debut was a hit and is considered by many as one of the best sports movies ever made. Although the film failed to win Stalone an Academy Award it is definitely one of the films that shaped modern culture. The iconic scene of Rocky running up the stairs of the Philadelphia Museum of Art is one of the first things that come to someone’s head when they think of Philadelphia. No wonder the steps are now known as Rocky Steps.

If you are wondering why no M. Night Shyamalan movie made our list it’s because we’re a little frustrated with some of the movies he made lately ( especially The Happening). However, thanks to Split it is safe to say that we are very optimistic about the future.

This M.Night Shyamalan masterpiece just like most of his movies was filmed in Philadelphia. The 6 times Academy Award nominated film is a must-see for all movie fans. Philly filming locations include the St. Augustine Catholic Church and Walnut Street.