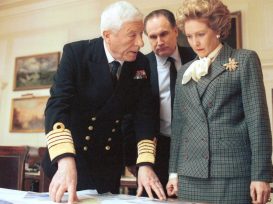 The Falklands War, commonly referred to as the Falklands Conflict or the Falklands Crisis, was a ten-weeks war between the UK and Argentina. The war between the two countries was over the Falkland Islands and South Georgia and the South Sandwich Islands, two British territories in the South Atlantic ocean. Despite the two countries’ meeting in Madrid in 1989 that lead to the restoration of their diplomatic relations and the end of the conflict, there hasn’t been a swift in neither the Uk’s or Argentina’s position regarding the sovereignty of the islands. Furthermore, the Falklands war cost the life of nearly 1000 soldiers as well as three civilians. In this article we are taking a look at 3 movies about the Falklands War. Enjoyed this article? Why not take a look at The 5 Best Logan Lerman Movies?