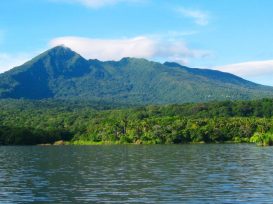 Nicaragua is a beautiful Central American nation set between the Pacific Ocean (West) and the Caribbean Sea (East). This Central American country is known for its raw beauty which includes lakes, volcanoes and unspoiled beaches. Nicaragua made the international headlines during the Nicaraguan Revolution, a campaign led by the Sandinistas (the Sandinista National Liberation Front) to oust the Somoza dictatorship. When it comes to the film industry, Nicaragua was mostly featured in several Hollywood films which had the Nicaraguan Revolution and the Sandinistas as their backdrop. However, in this article we are taking a look at 5 movies set in Nicaragua. Find out which is the latest movie set in Nicaragua below. Under Fire, perhaps the most famous movie set in Nicaragua, follows three journalists (Nick Nolte, Gene Hackman and Joanna Cassidy) who are involved in the Nicaraguan civil war during the final days of the Somoza dictatorship. There have been several complaints about the movie as to why the main characters are US journalists and not Sandinistas. Finally, even though the movie is set in Nicaragua, the actual film was shot in Mexico. The movie also stars Ed Harris. Walker is the retelling of William Walker’s life, a 19th century mercenary, who along with his corps entered Nicaragua in order to install a new government. By a surprising turn of event, William Walker (played by Ed Harris) becomes the president of Nicaragua. This movie set in Nicaragua who also stars Richard Masur and Rene Auberjonois was filmed in Nicaragua (Granda and San Juan del Sur) as well as in the US in Arizona.

Sandino is a movie about Nicaragua’s national hero, General Augusto Cesar Sandino. This movie set in Nicaragua follows General Sandino and his guerrillas in their efforts to stop the US from occupying Nicaragua in 1927. Sandino, directed by Miguel Littin, was filmed in Nicaragua. Carla’s Song is a 1996 romance movie directed by award-winning director, Ken Loach (The Wind That Shakes The Barley). The movie, set in 1987, follows a Scottish bus driver named George (Robert Carlyle) who meets a Nicaraguan woman, living in exile in Glasgow. He decides to take her to Nicaragua in order to find what happened to her family, whilst in the middle of the US war against the Sandinistas. Carla’s Song was filmed in Nicaragua as well as Glasgow, Scotland. Finally, this movie set in Nicaragua received an 83% score on Rotten Tomatoes. La Yuma is the first Nicaraguan produced featured film that follows a young rebellious girl (Alma Blanco) from the slums of Managua on her pursuit to become a famous boxer. This Nicaraguan movie was written and directed by Florence Jaugey and was entirely filmed in Managua, Nicaragua.

Enjoyed this article? Why not take a look at the 5 Movies Shot In Busan (South Korea)?