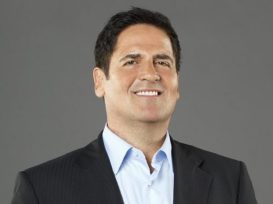 Mark Cuban is an American businessman mostly known for owning the NBA’s Dallas Mavericks as well as for his eccentric personality and his guest appearances. Mark Cuban has been featured in many TV-shows and sports events, including WWE were he was “slammed” through a table. With a net-worth of 3.3 billion dollars the man can pretty much do whatever he wants. The 59 year-old businessman has also produced many movies but in this article we are looking at the 3 times he made it to the screen. Take a look bellow to see the 3 movies featuring Mark Cuban. The Entourage movie, released in 2015, is the continuation of the TV series of the same name, starring Adrian Grenier, Jeremy Piven and Kevin Connolly. While Mark Cuban also appeared in the series as himself, were he helped turtle to build a name for Tequila Avión. In the movie, the business mogul is invited at Vince’s house screening party and of course he came wearing his Avión t-shirt. The Sharknado phenomenon took the US by storm with the first movie of the franchise being released in 2013. 3 b-movies later and Mark Cuban is portraying US president Marcus Robbins. This movie featuring Mark Cuban just like the other Sharknado movies features a tornado that unleashed sharks from D.C all the way to Orlando. What is going on with these sharknadoes? At least we have President Mark Cuban to save us. The Clapper is a recently released comedy, starring Amanda Seyfried, Ed Helms and also Adam Levine. This movie featuring Mark Cuban as himself follows a man who works as a clapper in TV and has his life destroyed due to 15 minutes of fame.

Enjoyed this article? Why not take a look at The 5 Best Mel Brooks Movies?