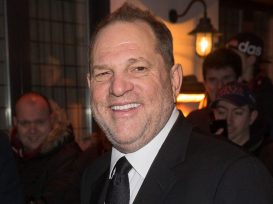 Harvey Weinstein, an American film producer and former studio head, has recently been on the news due to his aggressive overtures and alleged sexual assaults that were revealed last week. Several women, including famous actresses and former employees have finally come forward and accused the 65-year old movie producer of sexual advances that span over two decades. Some of the actresses include Ashley Judd, Kate Beckinsale, Angelina Jolie and Gwyneth Paltrow. However, in this article, we are taking a look at the 5 biggest Harvey Weinstein flops. Find out Which is the latest Harvey Weinstein movie flop below. The Yards, a crime thriller directed by James Gray, is undoubtedly one of the biggest Harvey Weinstein flops. This movie stars a gifted cast with Mark Whalberg, Joaquin Phoenix and Charlize Theron. However, despite Gray’s previously praised directing and a stellar performance by the cast, the now 65-year old producer felt the movie wasn’t what he wanted. Harvey Weinstein instructed Gray to change the ending as well as other parts of the movie and on top of that he also shelved the project for two years. He then released in limited cinemas, thus, it came to no surprise that the movie flopped. The Yards made $889,000 on a $24 million budget. Waking Up In Reno is another one of the biggest Harvey Weinstein flops. This romantic comedy starring Billy Bob Thornton, Charlize Theron and Patrick Swayze only grossed $267.000 domestically on a limited release (197 screens) and was pulled down after 4 weeks. An interesting fact about this Harvey Weinstein movie flop is that originally, Jennifer Anniston and Brad Pitt were attached to star, however, the were dropped due to scheduling conflicts. To be fair, the movie was not even remotely funny so it makes us think why would Harvey Weinstein take it on in the first place. Alright, this might not be the biggest Harvey Weinstein flop accounting-wise. However, considering the Academy Award winning cast which consists of Daniel Day-Lewis, Penélope Cruz, Marion Cotillard, Nicole Kidman and Sophia Loren, alongside the directing of Rob Marshall, the film is definitely considered a flop. Nine only grossed $19.6 million domestically and $54 million worldwide on an $80 million budget. Fanboys could have been the ultimate Star Wars tribute movie and a financial success if only Harvey Weinstein hadn’t worked his movie flop magic. The movie tells the story of a group of Star Wars fans in 1999 who try to steal a rough-cut of The Phantom Menace so that one of their terminally ill friends (cancer) will get to see it before he dies. However, Harvey Weinstein didn’t want to keep the cancer concept in the movie, thus, he edited out all the references. On top of that, Harvey Weinstein hired a new director for reshoots that decreased the overall quality of the film. Fanboys grossed $688.000 domestically on a $4 million budget. Although the original version of the movie finally came out 3 years later, one of the biggest Harvey Weinstein flops could have been avoided.

Butter is another Harvey Weinstein flop that stars Jennifer Garner and Ty Burrell. Despite appearances by Hugh Jackman, Alicia Silverstone and Olivia Wilde and an overall funny concept the movie only brought in $105,000 domestically with $70,000 of that coming from the opening weekend. The movie was released in 90 theaters which translates to a depressing $785 for each location. Butter is probably one of the biggest Harvey Weinstein flops of all time.

Enjoyed this article? Why not take a look at The Top 5 French Action Movies?